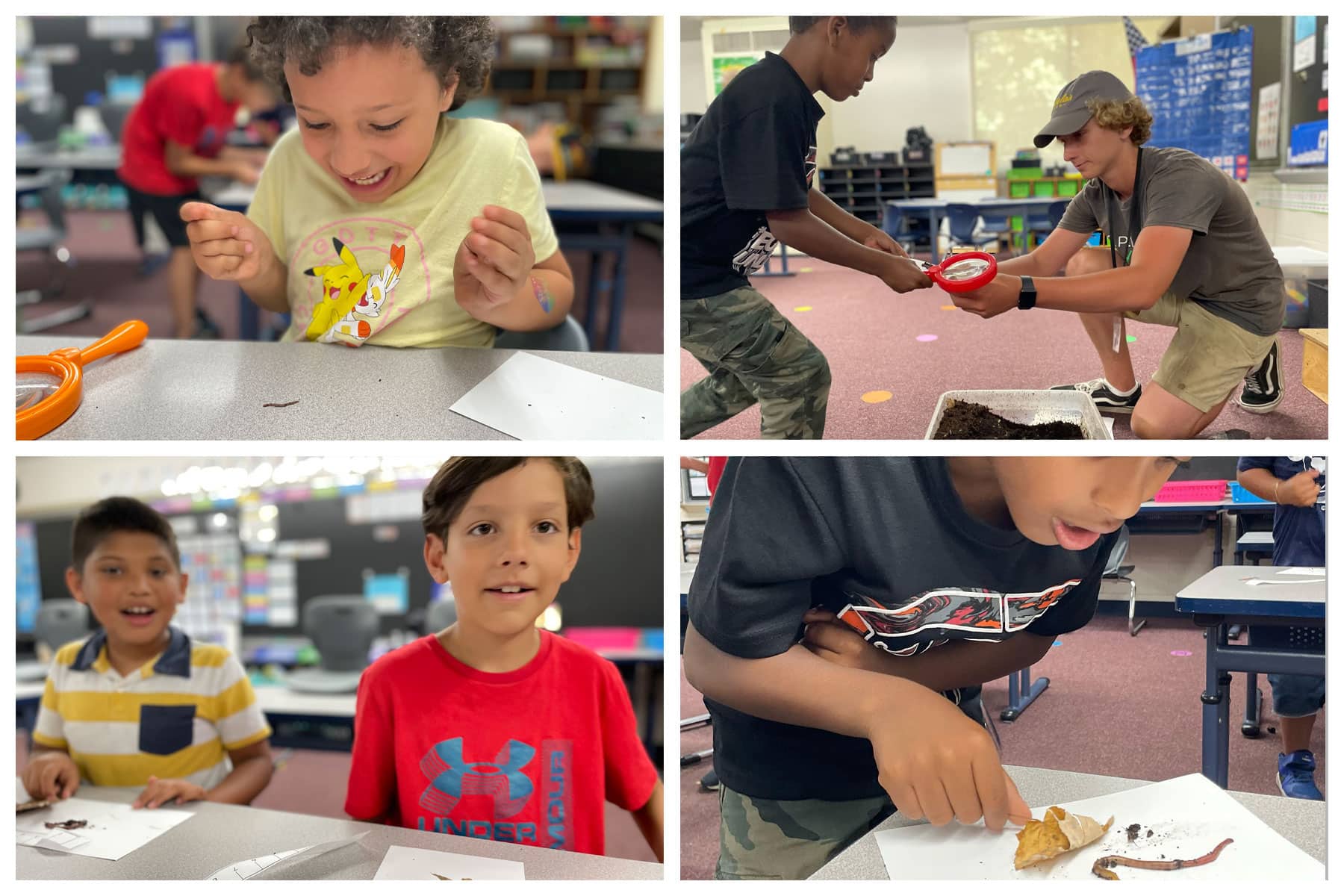 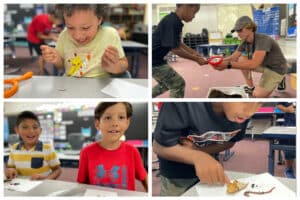 The kids got excited about digging for worms in our worm farm and learning about the important role worms play in garden soil. They learned that worms loosen soil by creating tunnels that make it easier for the roots of plants to stretch out and also allow rain and air into the soil. They fed their worms while they learned how worms help in the composting of matter eating bits of soil, dead roots, leaves and grasses and then pass “castings” that are good food for plants.

Each chose their own personal worm, measured it, gave it a name and observed the worm’s body and movements.  They learned that worms have unique bodies that are entirely covered with nerve endings and because they have no ears or eyes must rely on vibrations to sense the world around them. Students were able to discover that worms move by using their bristles and stretching out the segments of their bodies.

They parted with their new worm friends by “planting” them in their school gardens. It was hard to say goodbye.